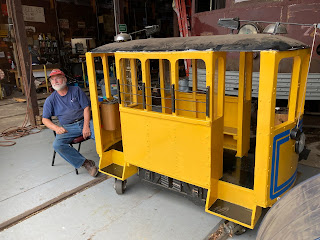 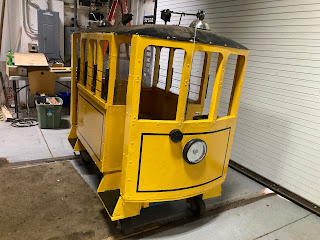 July 10, Ralph wraps up work on the Play Trolley that was a long term project during the lockdown.  Tom P. spent considerable time with Ralph prepping and Ralph is finished it up by just painting the floor, reinstalling "controls" and putting on the stripes.  We have numbers to apply and hope to get to that over the winter. 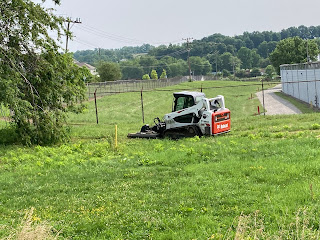 There is a steady effort to groom  the grounds.  In this photo Dan is using the Bobcat tractor to cut the grass in preparation for the removal of trees that were blocking the sight distance at the exit from the East Campus driveway. 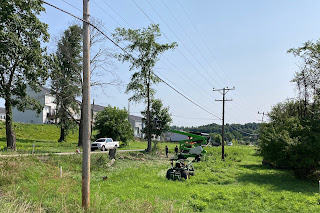 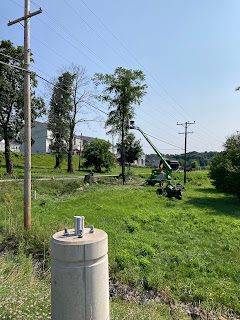 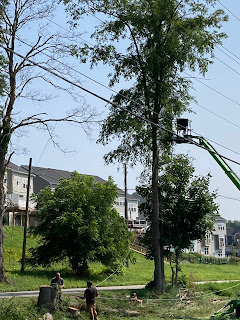 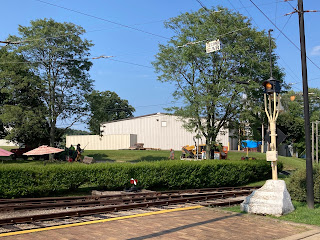 Three trees were removed adjacent to the East Campus driveway.  In addition there was a nicotine poisoned tree next to the parking lot at the McClaine School Loop and a Norway Maple that was likely weakened by Museum Road renewal. 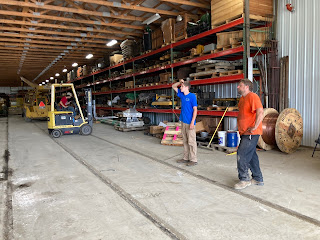 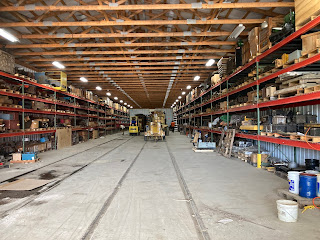 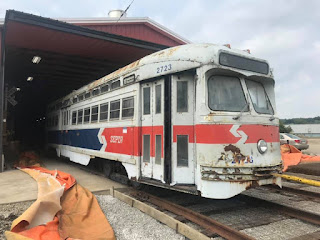 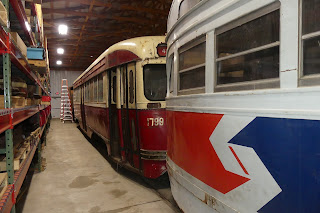 July 12 Kevin led a crew of our young volunteers in the consolidating of items stored in the APB.  This effort made way for the moving of cars 1799 and 2723 from the rear of the Founders Car House to storage indoors here July 23. 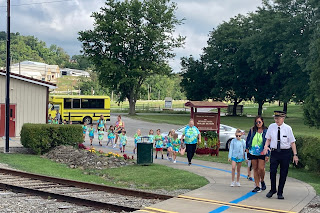 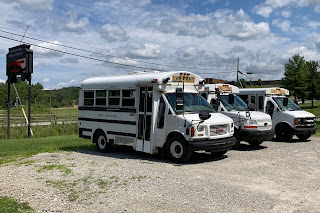 We had several school tour groups over the summer.  The winner for most clever name was Bubbles Bears and Books whose Buses were thus labeled. 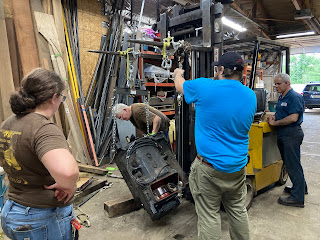 Art E., Laura, Beau and Art R. engineered the standing on end of the GE 247 motor from open car 1758 that continued to be offending after new bearings were made.  Its armature is still awaiting turning of the shaft. 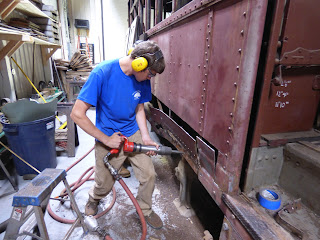 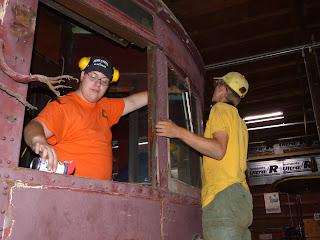 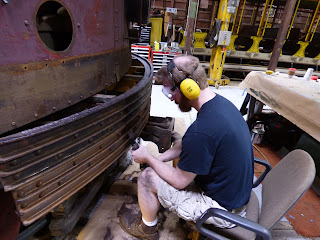 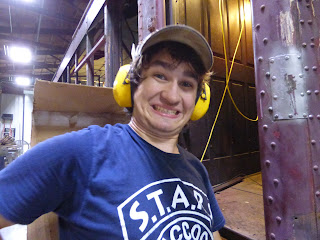 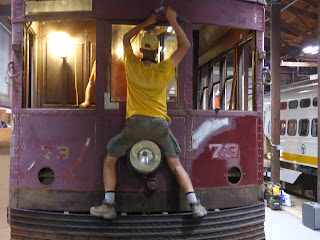 Early in July a swarm of excitement homed in on Red Arrow center door car 73. 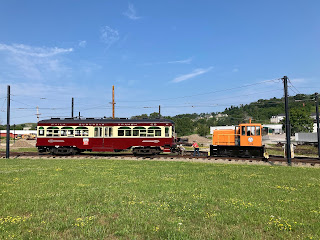 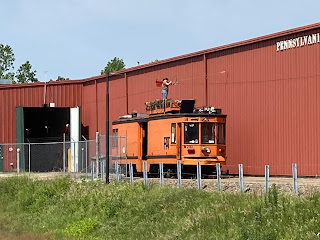 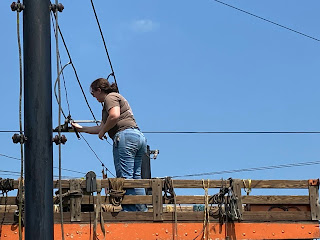 After a mishap on a weekday with a trolley pole knocked out the feed wire for the Trolley Display Building yard, Laura and Sarah came to the rescue with loco 89 and pulled 66 back under live wire.  After that Laura used the feed from the Blimp Shop to bridge to the yard so that the line car stored there could be moved into position to affect the repair. 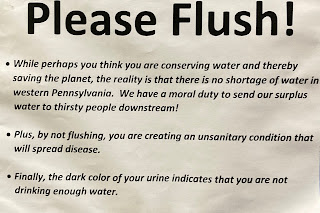 This clever sign was found posted in the shop restroom in July, a kind of passive aggressive attempt to change someone's interest in water conservation.

Posted by Trolleyology at 11:59 AM No comments: